Sometimes, you have to make difficult decisions. It's a part of life we all face more than once.

Sometimes, the decisions we make don't work out.

As you may recall last year, I left London and moved back up north to be with my folks, following an illness in the family. After living in the capital for 5 years, it was a big decision to make and quite an undertaking within a short time frame, but at that very moment in time, I needed to be closer to my relatives in order to provide support and help out.

Initially, I found the change very hard to adjust to. I had no job, all of my stuff was in storage and I was sleeping on a couch that wasn't really ideal for sleeping on, but the main thing was I was there to help and do what I could in what was a difficult situation. It took much longer than I expected and hoped it would to find a job during this time, which didn't really help how I was feeling, but I just kept at it, as I didn't have much choice. 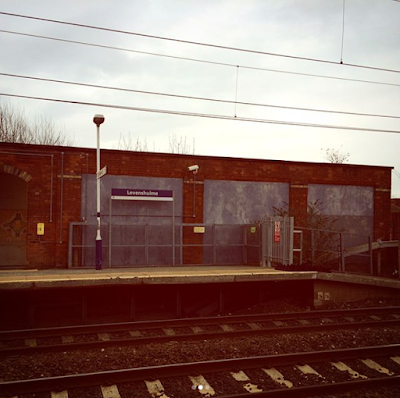 Eventually, I was successful in securing a job in Manchester last August and as good as it was, I did have to endure a long commute to and from my new job each day. Thankfully that was only for a month, as I was soon able to find a place to live in Manchester, very close to the city. I moved in and everything seemed to be settling down. I even started to think that I would be able to make it work in the same way I did down in London. Within a few months however, I started getting a tiny feeling of doubt in my mind. Only a small one, but I could feel it and would think about it every now and again. Something just didn't feel right.

Christmas soon arrived and I was well aware that it was almost a year since everything had changed. The family situation had settled down a bit, I was settled into my place in Manchester, but... I wasn't very happy. I wasn't enjoying my job. It was different to anything I'd done before and I had been told that I would know within the first 6 months or so if it was the right thing for me or not. By the end of that December, I knew it was not the right thing for me. I had tried my best, but I wasn't enjoying it anymore, so I had started to look for other jobs nearby.

December gave way to January and things hadn't improved. On top of not enjoying my job, my search for a new one wasn't getting me anywhere. As the weeks went by though, I realised that it wasn't just the job situation making me so unhappy and I knew what was wrong. I think I'd known it for quite some time - longer than I was willing to admit to.

Before I go any further, I'd like to make it clear that Manchester is a great city. Lots of places to go, loads of things to do and I encountered a lot of lovely people there. I even had quite a few good nights out that I can only partially remember... so they must have been good. The problem was that I wasn't ready to leave London - I had chosen to leave. When the illness had occurred in my family, I naturally wanted to do whatever I could to help and at that moment in time, the only way I felt I could do that was to relocate. There's no point in thinking of what might have happened if I had done things differently, because what's done is done and you can't change the past. But it's ok to admit that things haven't worked out. Sorry Manchester - It's not you, it's me. 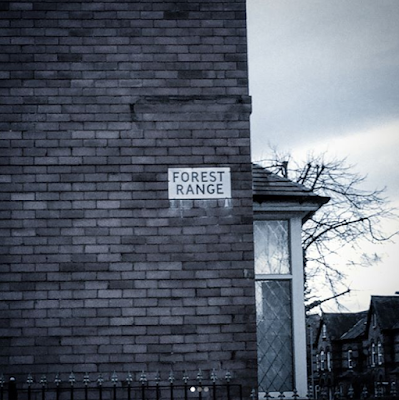 One year on from moving away from London, the family situation was more stable and things felt clearer. I soon decided that I needed to move back to London. I knew that as soon as I had decided this, it might look selfish to some and that I was somehow abandoning my family but that's far from the truth. By now, I was well aware that my mental health was starting to suffer and I needed to take action in order to stop things from getting worse. I really didn't want that to happen.

My job search switched to London, I started looking for somewhere to live there and I left my job in Manchester. Well, it wasn't quite as easy as that, but I won't bore you with the details. Although it was the start of a very long process, I started to feel better, if only a tiny bit. I quickly managed to find a place to live back down in London (thanks to my old Landlord, who is now my current one, again) and although I hadn't yet found a job, I figured it'd be easier for applications and interviews and the like if I had an address that wasn't around 200 miles away from the location of the job. 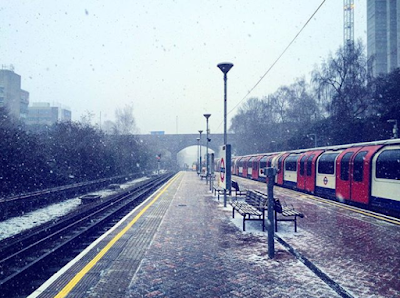 I've been back in London for a short while now and although I'm still looking for a job, I'm keeping my hopes up that something is around the corner. One thing is certain though: I've made the right decision in coming back down. I feel happier back in familiar surroundings (I'm only a short walk away from the place I lived in until last year) and I'm still able to travel up north to help my family out whenever I can. The world continues to turn.

The last year-and-a-bit has been a real headfuck to say the very least, but I guess I'm getting there. I just took the long route.

If you enjoyed reading this post, you can show your appreciation by buying me a Coffee, if you like.

Email ThisBlogThis!Share to TwitterShare to FacebookShare to Pinterest
Labels: Decisions, It's Not You It's Me, London, Manchester, Mental Health, Moving, Travel