"People say that I'm crazy, but I'm not that way inclined..."

Little did I know that when I made my first post on here back in March 2008, I'd still be posting on here 10 years later. Actually, 2008 me probably would have put money on it, given that I'd already tried and failed to keep a few similar blogs going in one or two places and failed miserably. There have been a few times when I did fail to update it for months (and the whole of 2016...), but here we are: a decade on. Older, wiser(?) and this blog is still going.

A few months ago, I reflected on what my life was like in 2007 and how much it had changed in 10 years, so I don't really need to go into it again. When I started MIAITM, I was still out of work, still being treated like shite by The Smug Brigade and still living with my parents in the middle of nowhere. In a way, I started this off to try and keep myself sane. Hmmm... not sure it worked, but never mind. 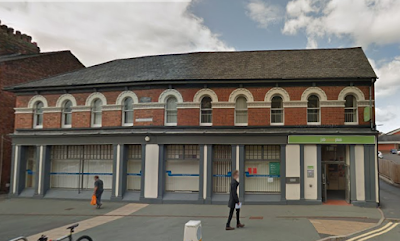 I got a job just a couple of months after my first post, but I continued to write... until June that year, then I went quiet until March 2009... then quiet again until October 2010. Then the following month, I went quiet again... until May 2011. To be fair, a lot of really horrible shit happened during the latter two quiet periods and the one post I made that May was the last one I made until the October of that year, because I was still in a very bad place, mentally and therefore not up to writing.

After that, I had a pretty good stab at it through to May 2012, before skipping the rest of the year, the whole of 2013 and then returning in March 2014. The rest of that year was fairly patchy - again, mainly due to shitty things happening - and then after that, I kept posting for the first 4 months of 2015... then radio silence resumed until May last year. 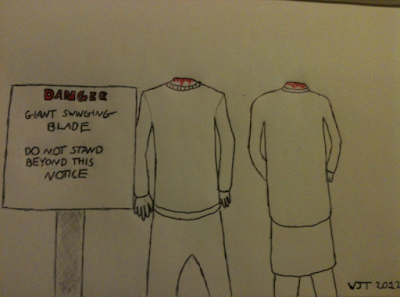 Looking back now, I realise that there are far more gaps than I thought. I'm actually surprised I've bothered to keep this thing going. The weirdest - and often hardest - thing about looking back at MIAITM over the last decade are the posts themselves. Most of the early ones read like one of those "What I did during my summer holidays" essays you may have been forced to write back in Primary School (when you discovered you had forgotten how to write as a result of those 6 golden weeks away from the classroom) and I cringe as I read them now.

I'm also surprised by the amount of things that had happened that I had forgotten about. Most of them are tiny, insignificant things, but it turns the taps on and makes everything come flooding back - good and bad memories... and some very, very, very bad memories. I've never been one for looking back at my own writing once it's complete. Once it's written and it's there for others to read... that's it. It's done. I know what the piece is about and I don't need to read it again. Then I sort of forget about it anyway, so it was a bit of a shock going back and rediscovering some of the things I've been putting on here. Of course, I could go through everything on here and make some edits and maybe even delete some posts, but I don't want to. As embarrassing as some posts are, they are a record. Not a history-changing, world-shattering record, but a piece of my personal history. I'm ok with that. I've certainly become more guarded over the last 10 years, as regards personal things I write about, but I know I'm not alone in that. Again, it's a record: it shows how I've changed and how the world around us has changed and I would like to think that some of you who have read MIAITM through the years have considered this from your own point of view. It's surprising what we think about when we encounter an old photograph or something we wrote a long time ago.

Not only am I surprised by myself that I have kept this thing going for 10 years, but I'm totally astounded that people have kept reading it, as it's not exactly the most entertaining blog out there. I would just like to thank you - all of you for reading. It doesn't matter if you've read every single post, or just the odd one now and again, as it means a lot that you have taken the time to read something I've written. I can only hope I haven't bored the shit out of you. 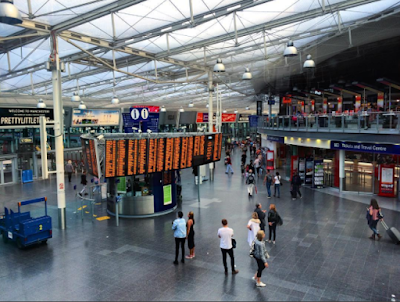 I'm not even going to think about the next decade as far as my life is concerned, let alone the existence of this blog in 2028. What will be, will be and all that bollocks. If MIAITM is still going, I do hope you'll still be reading. That's if we haven't all been blown to bits by a giant baby in a suit with questionable hair...

And if you don't already know, the name of this blog comes from the 13th and final track from Madness' 4th album: The Rise And Fall. Enjoy.


If you enjoyed reading this post, you can show your appreciation by buying me a Coffee, if you like.
Posted by Will at 17:57

Email ThisBlogThis!Share to TwitterShare to FacebookShare to Pinterest
Labels: 10, 10 Years, Anniversary, Blogging, Decade, History, Madness Is All In The Mind, The Smug Brigade