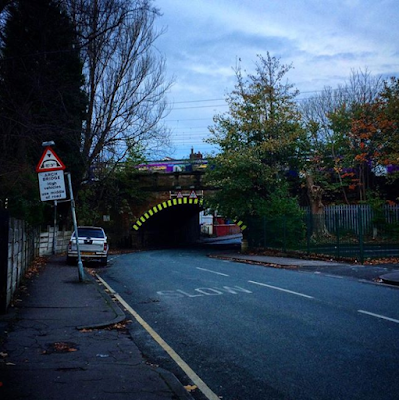 Well, my plan had been to make a few regular posts last month, or at least get something substantial written during what was my first week off from my current job. Naturally, I ended up sicker than the sickest dog in a specialist sick bay for sick dogs and therefore not in a position to do much other than sleep.

Anyway, let's go  back a bit. One of my main reasons for booking the time off last month was to help out at Fantom Events' Pandorica convention in Bristol. I've been part of the "crew" in this respect for years and it is always a pleasure to work at these things. It also means getting to do a bit of traveling, which I actually enjoy, despite what those who know me may think when I rant about a delay or an annoying businesstwat who thinks they own the whole train. 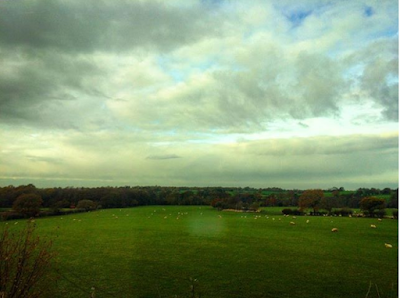 I took the train down on the Friday and it was a pleasant enough journey (well, the first part from Manchester Piccadilly to Wolverhampton did involve sitting next to Mr Elbow-Wavey Manspreader, which was a little bit fucking annoying, but what can you do? Well, I could have punched him, but the consequences might have ruined the whole weekend etc.) and the weather was not shit, which was a bonus.

The train got to Bristol Temple Meads without any issues and even though I could have easily walked to the hotel, I decided to be lazy and got a taxi, which actually turned out to be a good decision, as the centre of Bristol is a bit of a roadwork-related mess at the moment, so it would have been a bit of an arse to negotiate.

Checking into the hotel which I'd be staying in and was also the venue for the event was a bit of a faff. I was given directions to my room, I got there with no fuss, only to find one of the maintenance staff in my room and not happy I was there. It turned out that he was fixing the shower and had told Reception not to allow me to check in until they had given them the all clear, so I had to go back down and wait in the lobby. Slightly annoying but hey ho, I wasn't going to be a twat about it. 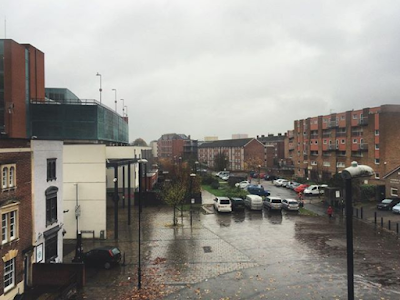 After a short wait, I was finally able to go into my room and it seemed awfully familiar. Alright, so I had helped out at Pandorica the year before and it was at the same hotel, but the room I'd had that time was a different layout, so it wasn't that. Eventually, it dawned on me as I had a cup of tea and watched TV for a bit - it looked pretty much like the "Travel Tavern" room set from I'm Alan Partridge (though I must add that my hotel room was much nicer). I found it quite funny and almost reassuring, in a weird way.*

The view from my room window was a bit bizarre - a weird mixture residential properties from across a couple of centuries, mixed with more modern commercial and public buildings. The hotel itself is a relatively recent addition - part of the extensively redeveloped area of the city centre known as Cabot Circus - the view from my room being of the rear of the hotel and looking a little like Bermondsey in South-East London. Then again, Bristol has often been used as a stand-in for London - in particular for all but the first episode of The Young Ones and for most of Only Fools And Horses - as the various examples of architecture are strikingly similar to the capital and more importantly for a film crew - it's cheaper and easier to film in. 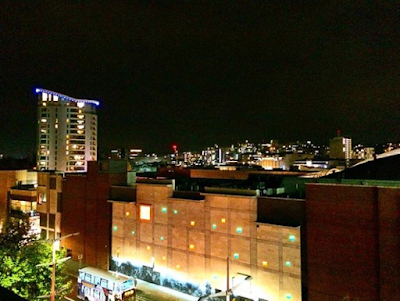 The weekend was a lot of fun, despite some transport-related hiccups that caused some last minute changes. It was nice spending time with friends and indeed with people I grew up watching on TV in various things (mainly Doctor Who... obviously...). On the Friday we all went to Za Za Bazaar, just as we had done the year before. It's basically a worldwide all-you-can-eat buffet and oh, my word... it's brilliant. If you're ever in Bristol, I recommend it. Find out more here.

One of the benefits of having the convention in a modern hotel, is that the event facilities are all together on the top floor, which really makes a difference. It also means you get a pretty bloody good view of Bristol, which is lovely by day, but also lovely by night. And full of Bats... which was unexpected, but nice to see, all the same. 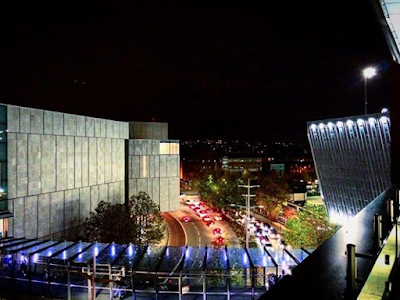 The only problem with having a good time, is that everything seems to fly and before you know it, the party is over... or at least the convention. That's always the sad part, when you have to pack things up and everything suddenly goes quiet. This time however, it wasn't over as soon as everything was cleared away, as we had Christmas dinner, seeing as we wouldn't be meeting up again until the new year. I'm not usually one for doing anything Christmassy until it actually is December, but I was more than happy to ignore my own rules.

It was a lovely evening and a nice way of winding down after the weekend. Naturally, we didn't want the party to end, so we made sure it carried on... until about 3am. Well... you have to let your hair down, sometimes...

Our last morning in the hotel was split between those of us who got up in time for breakfast and those who probably wished they could have stayed in bed longer. Actually, I think we all wished for the latter, but with checkout looming (and no way was I going to miss my last chance to have the all-inclusive, massive cooked breakfast with shitloads of black coffee, because... 3am bedtime), it was time to leave. 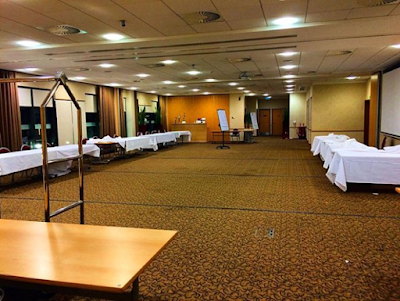 My train back to Manchester was at 2pm and should have taken me 2 hours. Instead, it took me 9 hours, due to an incident around 30 minutes into the journey. I eventually got home after 10pm, tired, frazzled, yet a little sad that it was all over. The post-con blues had started. At least I was feeling well...

The next day, I was on my travels once again. After only spending one night back in my own bed, I was taking full advantage of my week off work, by going to spend a few days with my folks in Chester. Despite the post-con blues, I was looking forward to it and all was going well until half way through my train ride to Chester, when I started to feel a little unwell. I put it down to just being a bit tired and travel-weary and I thought it would all be cured with a nap once I got to Chester.

Oh, how wrong I was.

Within an hour of getting there, I was throwing up and feeling like I'd been punched several times in the stomach whilst being dangled upside down. It was not pleasant at all. I was throwing up, I was hot and cold and it was basically horrific... which brings us to where I started this post. All in all, what started out as a brilliantly memorable week off ended up being memorable for all the wrong reasons. But hey ho... pleasure/pain and all that bollocks.

As a coda to all of this, I was hoping to have this all written up and posted 2 weeks ago, but let's just say stuff happened. As it always does. 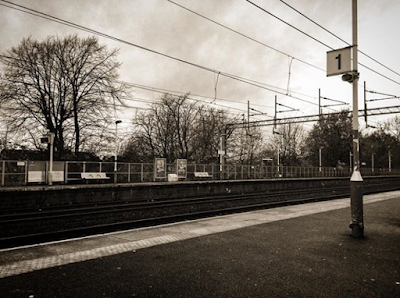