Change is a part of life. No matter how much we hate it, it happens all the time and there's nothing we can do to stop it. Personal changes happen - in our own lives or in those close to us - and these can have various effects on us, especially when we don't expect them to happen. 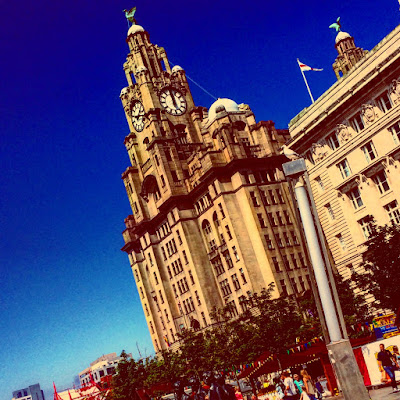 The other week, I paid my first visit in a couple of years to my birthplace - Liverpool. To be honest, I don't really go back much these days. One of the main reasons for this was that I was living in London and whenever I had time off from work, I was either catching up on important stuff or visiting my parents. Another reason (which is still the case) is that over the last 10 years or so, it has changed a hell of a lot.

That isn't a criticism in any way as it was in need of some regeneration, because it risked falling into a bit of a rut like many cities have in the past, when small patches are rebuilt and everything around them is left to continue to slowly rot. What has been done within Liverpool is brilliant and it really has changed the city for the better.

Of course, some of these changes have caused upset, but something really needed to be done and the changes that have been made really have helped to bring Liverpool into the 21st century. At least that's my opinion but I'm not entirely sure how valid it is compared to your average Scouser because the thing is, I haven't spent a prolonged period in the city that I can actually remember. 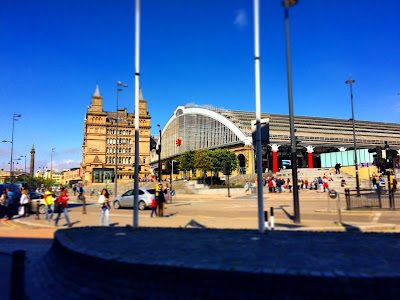 Despite being born in Liverpool and having the words "Everton FC" running through me like a stick of rock, I was only a baby when we moved out of the city and into the county of Shropshire, where I actually grew up surrounded by fields, an increasingly shit bus service and a town that many locals could only navigate by using its high number of pubs as points of reference. Nice views, though.

Although I grew up away from my place of birth, we'd still pay regular visits to see relatives and I'd often get taken into the city centre by one of my brothers. A large part of these city trips would include prolonged amounts of time in the vast HMV or the Virgin Megastore that overlooked Clayton Square - AKA The Red Dwarf Shop, as I used to call it, as the industrial-looking interior and heavy-duty metal staircases reminded me of the sets and locations used in the aforementioned sci-fi sitcom.

There'd usually be time to go to the larger branch of Sayer's the bakers near Williamson Square and have a hot sausage roll in the seating area upstairs, complete with a drink and a cake. After that, it was on to St John's shopping centre for a general browse and finally upstairs to the market, with it's dim, yellow lighting and mixture of smells - not all of them pleasant - before heading back to rejoin the day-long visit of various aunties, uncles, cousins and the like until it was time to go home.

As time moved on and my brothers and I grew older, we had our own things to do and we started to tag along on these round trips less and less, so every time we did manage to pay Liverpool a visit, we'd notice things changing bit by bit until - boom - the city had won the bid to be Capital of Culture for 2008 and most of the Liverpool I knew started to change pretty drastically. HMV now resides in a much smaller unit in the Liverpool One shopping centre, Virgin Megastores became Zavvi before vanishing completely and that large Sayer's has long gone. The St John's shopping centre hasn't changed too much (although various shops have come and gone, naturally), but the market is brightly lit and no-longer smelly. 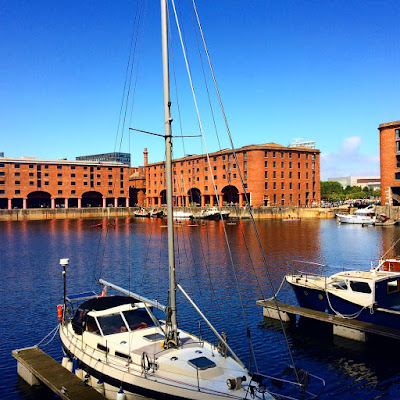 Of course it's not the only place in the world to change in such a way and shops will always come and go, but when I visited a couple of weeks ago on such a gorgeous sunny day, it suddenly hit me that so much of the place I was born in and remember on and off from growing up has gone. For better or worse, it's a bit of a shock. I should be used to drastic changes by now, especially as so much in and around my life has changed a hell of a lot in the last 5 years or so, but walking around the city centre this time made me realise how much of my childhood memories  - what I associated with Liverpool - have gone.

Although I love what has been done to the city in recent years, it's always comforting to visit the waterfront because apart from some changes that have been made there in the last 10 years, it's still very much part of the Liverpool I remember from way back when, even though Richard Madeley and Judy Finnigan have long gone from the Albert Dock (with apologies to international readers, who probably don't have a shitting clue what I'm on about. Have a look at this).

I always enjoy looking out across the river. It doesn't matter what the weather is doing, I find it relaxing just taking it all in and forgetting my worries for a bit. But as I looked over the Mersey the other week, I wasn't trying to forget anything - far from it. I was thinking back to those childhood visits to the city and how much things have changed since then - not just Liverpool, but life in general and how things never quite work out how you think or hope they will. 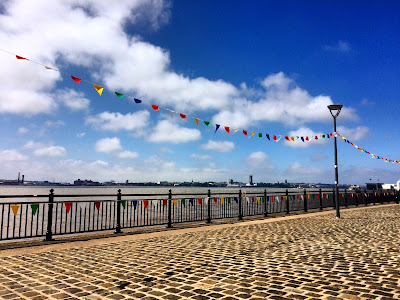 As I stood there and pondered over reflections of yesterday, my thoughts also turned to the future and despite how uncertain that may be to a degree, things are about to change again in my life and a new chapter is beginning.

Time marches on and so do the changes...