Things have a weird way of working out. Just as everything seems to be looking really bad, something comes along to lift you up a bit. Well... most of the time, anyway. It doesn't always work out like that, but you get what I mean.

As I mentioned in a recent post, My search for a new job wasn't going very well at all and although I was trying to put an optimistic spin on things, I wasn't actually feeling terribly positive, especially with all of the constant, twatty noises coming from some people, coupled with the constant rejection letters/emails/calls. Like I said at the start, things do have a weird way of working out and just as I was starting to really lose hope of getting a job before the Summer was out, I was successful in an interview and I was offered a position, which I have taken and it all starts next month.

I can't tell you how pleased I am to finally have something lined up after such an up and down few months. I'm not going to go into too much detail, but things really did feel bad at times and although it really isn't good to bottle stuff up, only a few people really know the effect it was having on me. But things feel better now and although there's still a lot to sort out in my life and everything, I've at least got one thing ticked off the list. 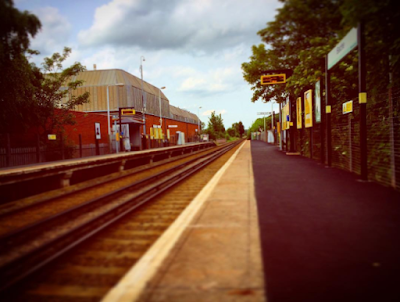 Now that I've overcome that particular hurdle, another stands in front of me, taunting me like the big, obstructive bastard that it is: somewhere to live. I don't need to find somewhere straight away, but given how far I'll have to travel for the time being, the sooner I find something closer, the better. Technically, it shouldn't be as hard as it was in London and also shouldn't be as expensive, but it's still not all that simple.

Perhaps part of it is the fact I'm a bit fussy and after spending most of my time in the capital living with a lot of strangers, I would rather be with someone I know or on my own. Here lies the other problem: money. Well not just money in general, more the price of rent. It's all part of the vicious circle and I'm sure it will all work out eventually, but I do envy people who are able to live on their own and are able to afford things like electricity and food at the same time.

Maybe I'm too fussy, or maybe I've just had too many bad experiences renting with strangers in the past... I'm not sure, but I hope that this time it won't take me so long to find somewhere I can feel relaxed and safe in. I certainly don't want to end up with a live-in Landlord who turns out to be a drug dealer who owes fuckloads of child maintenance. All of the above actually happened and believe me, I've not even told you the full story...

At the end of the day I know things will work out one way or another, but I'd rather it all settles down quicker this time, especially as this year has so far been a bit of an out-of-control train with no breaks going down a very steep hill towards a shop selling fireworks, pre-lit candles and plastic bags full of petrol. You know, it's a disgrace that the authorities allow such shops to trade. Anyway... it's all about the effect decisions have on our lives - both our own and those around us, which reminds me of one of my favourite bits of dialogue from Doctor Who:


THE DOCTOR
Every great decision creates ripples. Like a huge boulder dropped in a lake.
The ripples merge, rebound off the banks in unforeseeable ways.
The heavier the decision, the larger the waves, the more uncertain the consequences.

JOHN
Life's like that. Best thing is just to get on with it.

Email ThisBlogThis!Share to TwitterShare to FacebookShare to Pinterest
Labels: Consequences, Decisions, Doctor Who, Jobs, Landlord, Life, Rent, Ripples, Summer, Up and Down, Work