Following the sad news that Michael Bond has passed away, I thought it would be nice to start with something related to one of his most famous creations: Paddington Bear. There have been many incarnations of the lovable, marmalade sandwich-eating fella from deepest, darkest Peru, but the version I grew up watching on TV is the one I'll always have the most affection for and here is one of the very early episodes, in which Paddington takes a trip on the London Underground... sort of...

To be fair to Paddington, he handled is first trip on the Underground better than most humans.

And now the woman's got on... this is very exciting

Staying with trains and Paddington... in a way... we join Geoff Marshall, as he takes a ride on a ghost train - otherwise known as a 'Parliamentary train' - from Paddington to West Ruislip via my old home, North Acton. It's a service that only runs once a day and only exists in order to save the train company money. Confused? Let Geoff explain...

A complete change of theme now, as we take a look at an unusual American TV ad from the 1990's, that was banned pretty much straight away...

...Not really. This is a sketch from 'RocketJump', sending up a series of ads for Capri Sun from that era. If you've never seen this, then I have to warn you that it's not for the faint of heart. Enjoy.

If you thought that was horrific, then wait until you've seen the uncensored version!

No children were harmed in the making of this piece. If you don't believe me, then have a look at this behind-the-scenes video, which shows the great lengths they went to in order to make it look as convincing as possible...

If all of that horror was too much for you, then here comes 3 minutes and 42 seconds of a load of kittens in a plastic tub, tiring themselves out with their meowing...

There. That's better, isn't it?

The rest was just dust

Well, that's almost it for this week. Here's one final video which happens to be a sketch that's a particular favourite of mine from The Armstrong & Miller Show. Music, maestro!

That really is it for this week. Ta-ra. 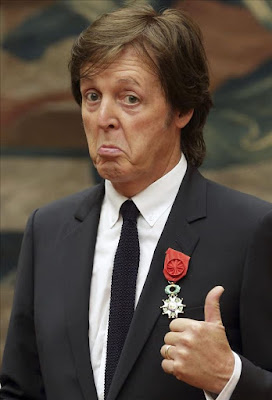